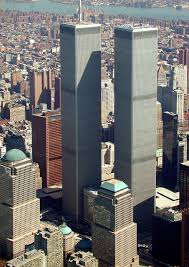 Eighteen years ago, on September 11th, 2001, America was changed.
Now, years after President Obama gave the order to assassinate the figurehead behind the September 11th attacks – we hear on the news that Trump was moments away from having negotiations with the Taliban at Camp David.
This group worked for Osama Bin Laden.
This was the group our troops fought for all these years.
This was the group that tried to assassinate Malala Youvsafsai and failed.
This same group of people declared war on the United States along with Osama Bin Laden back in 1993 before the World Trade Center was bombed the first time by Muhammed Yousef – the nephew of Khalid Sheik Muhammed, the mastermind of 9/11.
For the next 18 years, Americans – mostly white, older Americans have slowly become afraid of ‘other’. Sure, there have been other terror attacks, plenty of dead bodies – in London, in Paris at the Bataclan, at a gay nightclub in Orlando – but in the world of terror, these attacks by ‘other’ have been few and far between.
We’ve seen, however, a massive spike in white, male, terrorism throughout the country. Mass shootings have taken place in shopping malls, in churches, in schools across the country and while I still mourn those that died on 9/11 – I mourn the loss of the American identity that said, “This shit, this shit like this, that doesn’t happen here because regardless of whether or not we agree with each other – we protect our own.”
Some say Western-style democracy is slipping and I agree with that sentiment. Sure, we can blame it on Russians, we can blame it on The GOP, we can blame it on a lot of other things to avoid putting the blame where it needs to go. Ourselves.
We’ve gotten lazy.
Intellectually sloven.
We think milk is bad.
We share fake news about ADHD.
We share articles written by no one of importance – no one with any sort of degree or expertise in the field they’ve chosen to write about and disseminate false, and probable propaganda to keep people from doing things that protect the entire population like getting vaccinations.
Worse yet, we get into these social media groups where we bounce these conspiracy theories off each other while we’re neck-deep in confirmation bias and become emotionally dedicated to our ignorance.
There is ZERO difference in that – and believing black people are less than due to some obscure Bible passage about the Sin of Ham and staying dedicated to hatred because your momma said so.
I grew up in a Fundamentalist household – and I understand how organizations like the Taliban happen. When you’re poor, stupid, and have feelings of utter powerlessness in your life, some jackass can come along and promise you heaven and get you to do anything he wants.
Beat your kids. Beat your wife. Stay poor. Stay disconnected from the world. View the world itself as an enemy of God. Fly an airplane into a building. Shoot an abortion doctor.
It’s. All. The. Same.
It’s so similar it can be scripted and memorized. It’s formulaic.
Here in this country, we have millions dedicated to ending abortion, they’ll pass laws to stop a woman, other women, from having bodily autonomy even when the removal of those rights diminishes their rights and all rights.
We’ll pass laws to keep a pervert from fucking a kid but we won’t move a muscle to keep a madman from shooting their little heads off.
Why?
Because somewhere, somehow, some group of people has fallen under the belief system of some fundamentalist yahoo playing with fear as a means to control.
So, this 9/11 Anniversary, I beg you, promote education. Not the crazy bullshit blog of some glue huffer or some crystal viewing airhead who believes essential oils cure cancer, or some right-wing clown with a youtube channel – I’m talking classical education. Directed readings. Study in a field or a major.
Malala Yousavsia said of the Taliban, “They’re not afraid of bullets and bombs, they’re afraid of little girls with books.”
Why?
Because an education liberates you from your own ignorance. It liberates you from the charismatic control of some would-be dictator whether they’re in the government, the Islamic Faith or from the Baptist church down the road.
Ignorance is a prison.
They can NEVER take your education away from you. Ever. 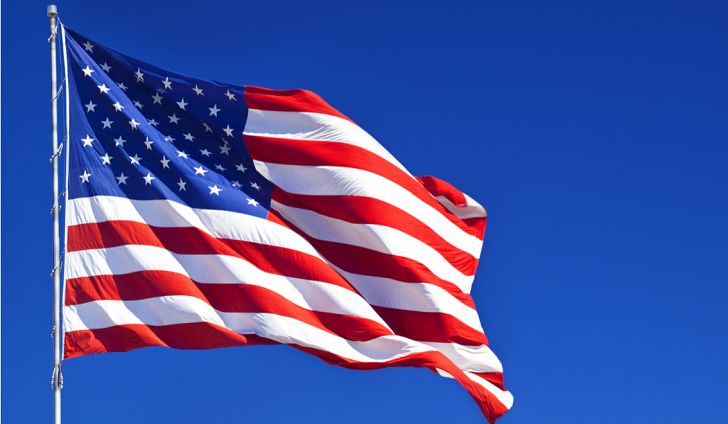 I remember waking up to the horror of September 11, 2001 by the sound of my mother screaming my name from the bottom of the stairwell.

Foggy brained, having slept in my jeans from the night before working as an unloader at Walmart I sat up.

What? Are we under attack?

Are the neighbors invading? There’s a zombie apocalypse? Has Canada become sick of our shit?

“They’ve hit the World Trade Center and the White House.”

Who? Who has hit the what?

Okay. I was up and half asleep worked my way downstairs to figure out what was going on.

I walked into the living room where my dad was watching the news when the second plane hit the World Trade Center.

“Dad, what movie are you watching.”

My life changed that day as we watched the news. As we watched the scene change from New York City to The Pentagon as another passenger jet had driven into the side leaving a gaping black hole of destruction and smoke.

We watched as both towers in New York crumbled and fell upon the inhabitants.

I fell asleep to CNN that night and woke the next day with the news media at the scene of what had now been declared an “act of terror”.

America, the beautiful, had been devastated by the loss of over 3,000 of our citizens of all walks of life, in just a few minutes.

I was in shock. The sound of airplanes overhead (fighter jets patrolling the skies) for the very first time in my life scared me. Terrified me.

Later that night, as the shock wore off, after watching hours of grown men and women holding pictures of their loved ones near the site of the World Trade Center begging anyone that would listen to them with tears in their eyes, I wept.

I knew a war was coming. Months later, I signed up for the Army.

I served for the loss of those at the World Trade Center, The Pentagon, and in the Pennsylvania field. I served for those whose lives were taken aboard those aircraft that had been hijacked by 15 people from a far-off place. And I served to protect my home, my family, and all free peoples of the world.

There were a lot of people dead. The enemy hit soft targets. And, in their hatred of us, there was a sort of universal equality in their decision that is ironic. To those 15 hijackers, “All Men (universally speaking) were indeed created equal”. They were all American. Those 15 men, in just a few hours, managed to do what this country couldn’t do in over 200 years of this nation’s existence.

It didn’t matter if they were white, black, gay, straight, Muslim, Hindu, Christian, or Jew. It didn’t matter of their victims were disabled, saintly, criminal, a banker, an investor, or a janitor staff in those buildings.

Afterward, there was a sense of unity throughout the country. Rural areas rose funds, donated blood, and volunteers from all across the country went to Ground Zero to do the work in a pit of absolute horror.

In these days of national unrest, civil disobedience, inhumane treatment of non-citizens, an economy that serves no human purpose, and a very aroused republic, I can’t help but think of America’s future.

There’s a lot of fear among the populace. Fear of ‘other’ and fear of “Tyranny.”

I can’t help but wonder if Osama Bin Laden, while dead thanks to the actions of the Navy Seals and President Obama’s orders, is closer to winning posthumously while the citizens of this country and citizens all over the western world have started to turn on each other.

Politics of discord, and of hate, have risen up from the depths of a hell we thought we’d banished them to 60 years ago. Things are being said about people and done to people we thought as a country we’d put aside. Was it a lack of vigilance? Was it a lack of watchfulness? Was it trading liberty for security? Or was it all of these things?

I am unsure. All I know is that America doesn’t feel like the country I lived in prior to 9/11.

Today, there is a necessary and terrible question concerning foreign influence upon our Chief Executive, President Donald Trump who seemed to skate right into the White House despite all the things he’s said about fellow citizens, journalists, POW’s, women, the disabled, and his love affair with tyrants all over the world.

Yet, despite all of that, despite the white-hot conversation taking place in the marketplace of ideas, on the news, across social media, and in our homes today. I realize something I should have realized when I saw the second plane hit the World Trade Center tower.

That America is an idea. And ideas once put forth, cannot be destroyed.

Our founders, while imperfect in all ways imaginable, lit a match that caused an inferno to sweep the globe. Ideas of liberty, freedom, equality, while not yet fully realized at any time in this country is the shining city on the hill that we strive for. Those ideals are to Americans as Canaan was to the wandering children of Israel. A land of Milk, and Honey, a land of safety and prosperity, and peace.

America is about hope. It’s hoped that those immigrants who seek our shores, and our borders, who cross thousands of miles in unrelenting heat, toils, and snares, see. It’s a promise that they can see that sometimes even we, as Americans, are blind to.

This great apocalypse that is Donald Trump, this great “uncovering” of the truth, has exposed a country terrified of shadow and uncertainty that he capitalized on.

Try as he may, however, he nor others like him, nor foreign interests in our electoral system, can ever make that shining city on the hill grow dark as long as we hold the truths that were declared self-evident that all men are created equal, in our hearts.

That is what America means to me.